Vivacious. Electric. Radiant. Blue Paraiba Tourmaline is a gem whose color is unparalleled. Paraiba Tourmaline fascinated the world when Heitor Dimas Barbosa, in the Federal Brazilian State of Paraiba, discovered it in the 1980’s. Unfortunately, the mining area of Paraiba produces very small amounts of this exceptionally hued gem. The spectacular color of this Tourmaline gem is due to copper and traces of manganese. The world was delighted when, in 2001, copper-touched Tourmaline were discovered in Africa. The Brazilian and Pan-African mountain ranges, formed some 500 to 650 million years ago, are the birthplace of Paraiba Tourmaline. Due to continental drift, the continents developed into the landscape we are familiar with today. It’s not surprising that copper-rich Tourmaline, made famous by the Paraiba discovery, are also being found on the continent of Africa. Our Paraiba Tourmalines come from Mozambique. We refer to these gems as “Paraiba-like” to avoid confusion with Brazilian Paraiba. The electric nature of this gem is appealing to those who desire the energy this blue gem radiates as well as the message of confidence this gem portrays. As vivid hues, especially blue colors, continue to dominate the fashion scene, this effervescent gem is certain to attract attention. We offer calibrated Blue Paraiba-like Tourmaline in round and oval shapes. Larger, exclusive gems are also available as part of the Black Box Gemstone® collection.

Tourmaline is rated “fair to good” for everyday wear with care. Avoid exposure to heat and protect from scratches and harsh blows. To clean, gently scrub with a soft toothbrush and a solution of mild dish soap and warm water.

Fair to Poor - may cause color change 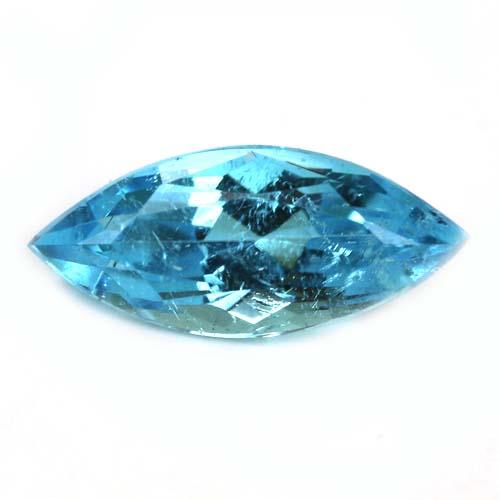